Have you seen a park where focuses on elderly needs? for example, to practice how much time does it take them to cross the street. Well, we found this park, where one of the activities is to practice to cross 10m street. At the moment it was dark and cover by a thin layer of snow, but I will come back to the park so we can see it.

I can’t wait to bring my mom here! 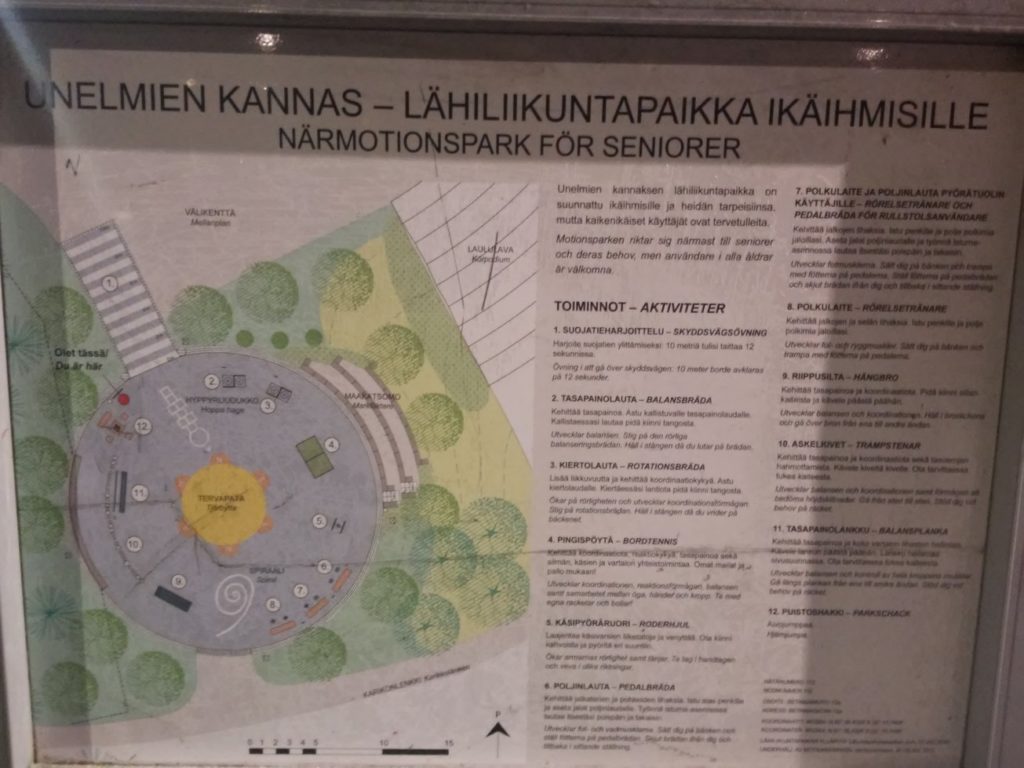 The title of the information board says: “A dream place for elderly people”

We went for groceries today at Kupittaa K-City Market. We were inside the store for an eternity – this is literal –  because I came with the “crazy” idea, in situ, to try the dishes of store’s magazine. That would be material for another post.

What I want to share here as my discovery of today is: a new location to display / offer  sweets to the customers on this supermarket.

The sweets are now actually in-front of you when you pay. I have never seen this before, until today. I think this is getting really hard for those of us who want to reduce our sweets in take. The store cannot put those products closer to the shopper any longer. :O

Good thing I do not like those chocolates. Yes, I am a picky sweet eater. Still, I need to train my inner power for the day I am directly tempted with the chocolates that I like. 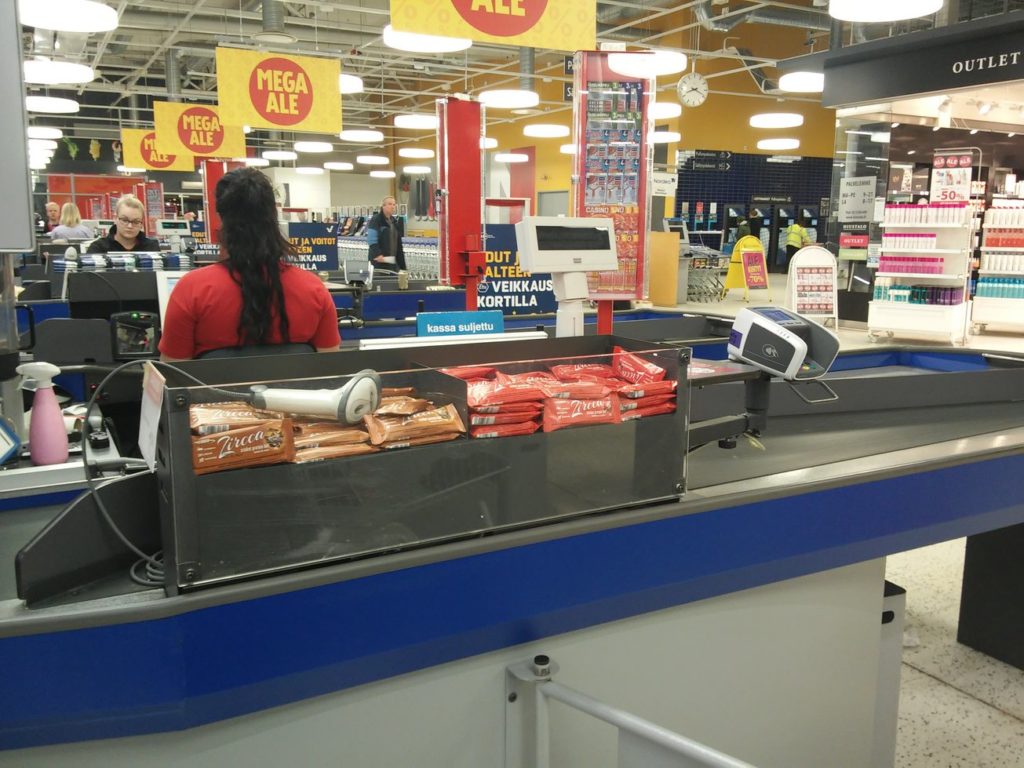 New location to display sweet on a supper market

Today it was another full day, and in my attempt to be punctual for a meeting I walked a short cut through a bridge. Then, I discovered that the bridge’s Christmas decoration included sound.  :O   Later in the evening/night I filmed it, which by the way it turned out to be a very bad footage, but if I wait to go again, then I will not publish this so, let it be.  Honestly, I am not sure if the sound is actually spooky.  We could be interesting scary-playful games in here, without a doubt.

The video will give you a glimpse of my experience:

Here is the actual location of this bridge: 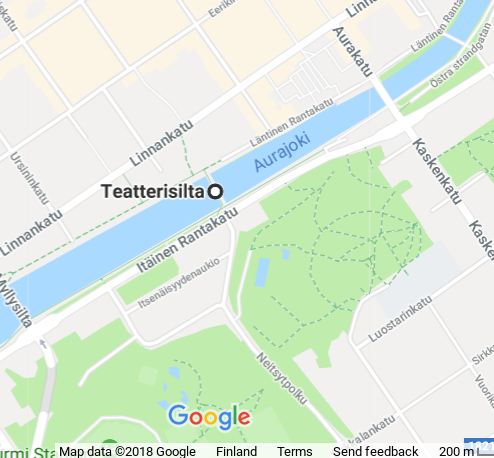 I need to research which one is the name of the bridge. At the moment, google indicates the name as “Teatterisilta” which literally traduces as “Theater’s bridge”.

While being in a new city, a habit I am building up is:  after work go to discover.
At the moment we are doing this discovering by biking, so far so good. :).
Btw, this habit should be well build up and permanent, it is amazing what one can find.

On Tuesday while returning back home, we hear someone testing a microphone on a street. It was loud for a Finnish context, this was a bit odd.  Also during this day we saw small stages and people dancing on them.

It was on  Wednesday,  after we saw a sign on a street about Europeade 2017 that we realized something was going on.  Then, I decided to stop at the tourist information office and I was informed about the Europeade 2017 schedule. We were just on time for the opening ceremony.

We biked to the main stage where the opening was programmed and surprise!  I saw the following regional dresses: 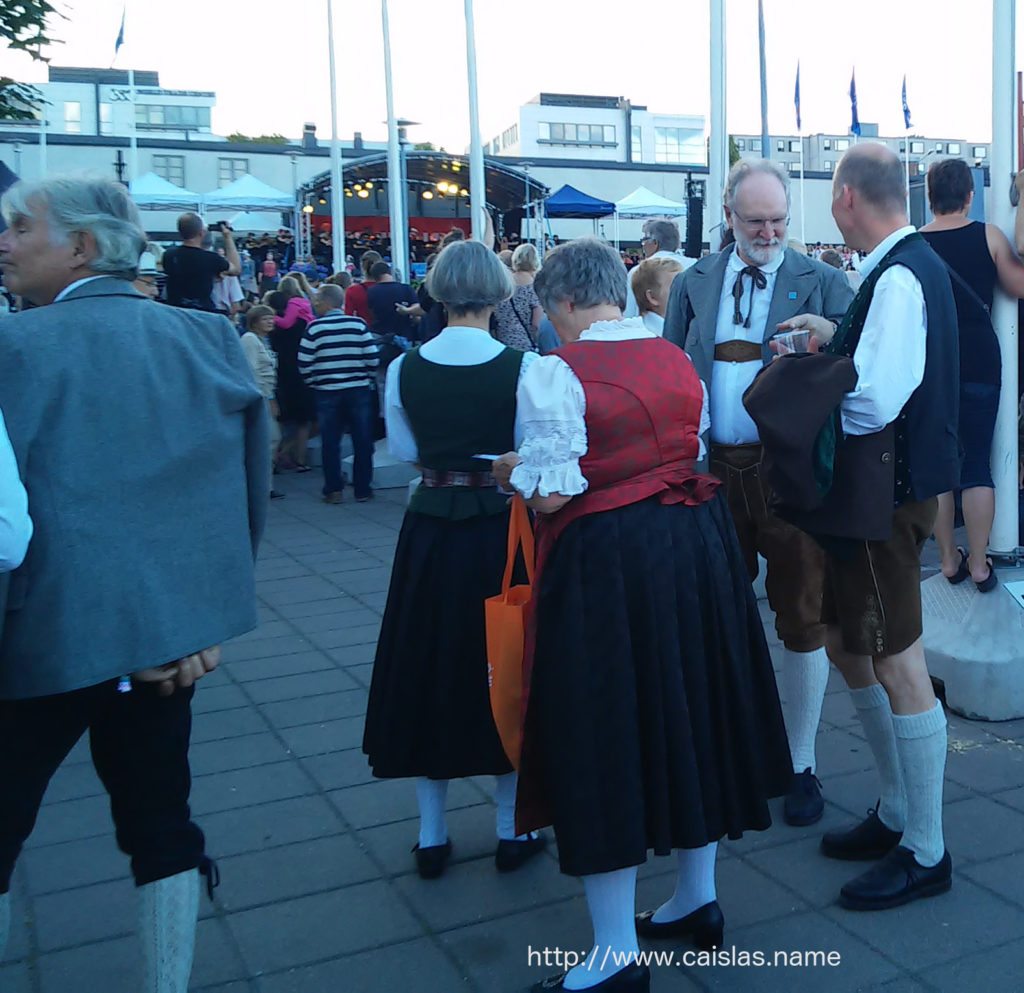 Germany / Austria at the Europeade

The official opening include over 300 dancers from Turku region, it was something special to watch. Here a small clip of it:

The event include individuals of ALL ages groups, and this is literal, from infants to grandpas.  All ages have a space in here.  As the commentator mentioned:

“More than 6000 dancers got together from 24 countries, and no matter their age, weight or wehre you come from. The most important thing is the spirit!”

Indeed one could feel a magical spirit. 🙂 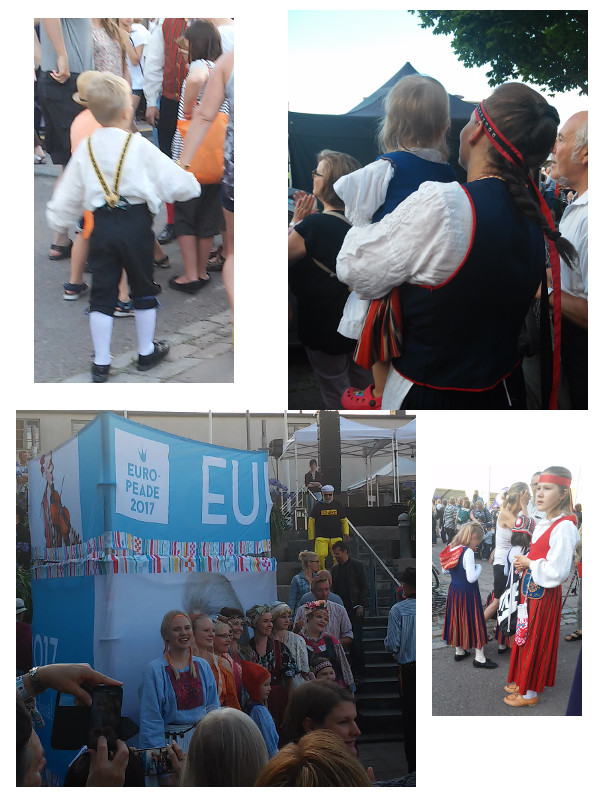 Diversity of ages at the Europeade

Once the ceremony finalized, as you can imagine the dancing floor was open for EVERYBODY:

So what is Europeade?  Let me copy the following text from the Europeade’s website: We are committed to the preservation of our intangible heritage of regional folk culture, be it music, dance, song, or costume.  To reach this goal, we spend five days together sharing our dance and music with our friends and performing in the shows.

Next a summary of this rich experience!