I confess that during the Christmas’s holidays I read this book twice.  I started reading this book aloud to my niece. Then after some pages  and afraid we will not have time to finalize the book, I read it all through on one night.  Later my niece made sure that I before leaving I should finalize reading her the book. So I read it twice.

For me the books has many messages. Even that it was written over 100 years ago (the first one was originally published on 1911),  its message I felt it current.  The main character, Mary, is a 10 years old living in India. She is from a wealthy family ans she is  mainly surrounded by servants. She might not be alone but she was lonely. Suddenly her life changes, when her parents passed away and she is taken under the custody of his uncle in England.

Once in the manor of his uncle, she started to gain awareness about life. She has several adventures and discover an important secret: a garden. Her life then start to be surround and connected to this garden.

That will be my very brief summary of the book. All the characters have something to contribute, e.g. Mary’s cousin, her “helper” and the brother of her helper, a gardener, her uncle….

Personally I think one can get immerse in the book and get a lot of messages from it. I read it in Spanish, and these two quotes are  from my favorite ones:

Those were some of the reflections that I found fascinating and so current. In the following link there is many more quotes from the book.  Also one can find an interesting analysis of the book on this link.

The only aspect that I did not like much was that at moments the descriptions of the landscapes were slightly long for my taste. However that does not subtract in any level the richness of enjoyment that the book brings. At least for my niece and myself there was a moment that we could not put the book down, we just wanted to keep on reading!

I highly recommend the book to anyone, and I wonder why I did not read it as a child? 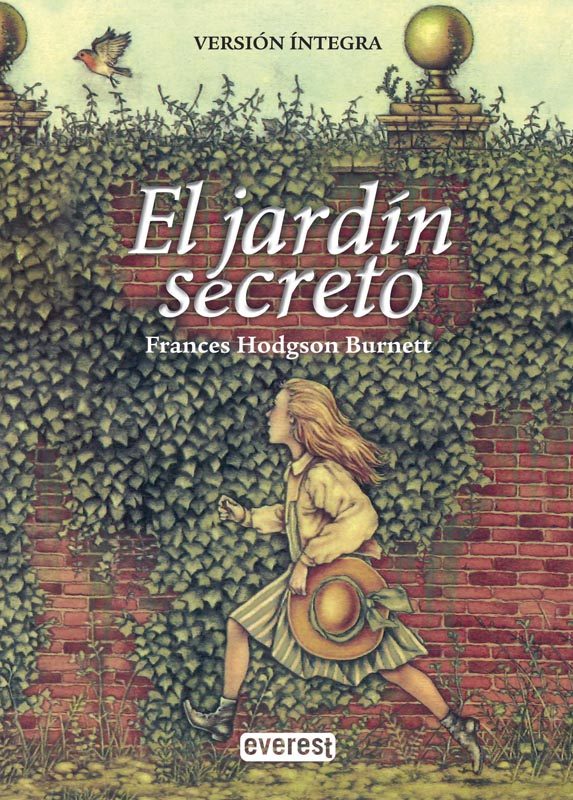 Cover of the book I read, “The Secret Garden” in Spanish.

It is the first time I read a historical fiction book. This novel is built upon an historical era that interests me and I study informally: the WWII.  I was hesitant and at the same time curious about Fatherland. I am glad I read this novel, because Fatherland captivated me and from the second half of the book until its end, I could not put the volume down. 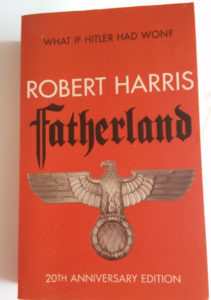 The narrative evolves in Berlin, Germany, in 1964. It is assumed Germany won the WWII 20 years ago, and the book starts with the preparations to celebrate Hitler’s 75th birthday. Germany at this moment of the novel, is a totalitarian state. The main character is Xavier March, a police criminal investigator of the SS. On week before the celebration of the Führer, March starts an investigation of the corpse floating in a lake outside Berlin, which turns to be the body of a high rank Nazi.

March is driven by his internal desire to know things, be an observer and critical person with all the information he is constantly receiving by observing and hearing. After a series of events, he is able to unveil a dark side of the war putting numbers and names to the unknown destiny of millions of Judes.

The fictional characters with the real ones are very well knitted. This connection allows the reader to get more immerse in Fatherland’s world. The author mentions, at the end of the novel, that the biographical aspects of the known characters are correct until 1942, and afterwards all is his imagination.

All the facts are in harmony with the fiction. Additionally the book has a good rhythm. I did not feel idle moments. The descriptions were detailed when they needed to be, but the plot allows to immerse with the present of March, who only has few days (I think 4 days) to safe his life. During these days, diverse set of emotions are trigger through the narrative (e.g. hope, attraction, betray, sadness) in addition to stimulate one’s intelligence challenging assumptions. Within the plot, the reader is also reminded that fantasy and reality are knitted.

After finalize the novel, one knows that read a fiction book. Simultaneously one has discovered facts of the historical aspects of the book (before upto 1942) which are shocking,  in that time and up to our era. All these leaves an intense experience on the reader. As another reviewer wrote it:

In producing “Fatherland”, Harris has fathered a novel with a concept so brilliant, that the chilling non-fiction aspects of its story become all the more shocking. And that’s why this is a novel not worth missing. Source:  http://www.goodreads.com/book/show/56842.Fatherland

This is the first book of a trilogy writen by Larsoon that I read. I bought the trilogy last year when I was living in Bristol, UK, with no time to read them, but I have heard several comments about them, then I got the books when the opportunity showed up.  One day I will catch up, is always my hope 🙂 .At this moment, I am overload of things to do, which freezes me, then I decide to read the book as my escape and possibility to relax.

The reading for this particular book started last Sunday’s evening.  The book begins slow and it did not immerse me. It was boring. I pushed me to read it because I saw a movie trailer that convinced me to continue reading.

At the beginning two stories are described, which later converge. The one of a journalist, Blomkvist, who is hired to solve a crime which took place 36 years ago with the excuse to write the family memoirs. At this moment he is living in a turmoil of events.  The other story is with a girl in her early twenties which work as a private investigator, Salander. She has problems adapting into society, we do not know much of her past except an event that let us know that she has had a difficult life, and she was qualified as doomed and the state should take care of her.  She faces sexual abuse and learned to defend herself, loosing any trust on the police. She has photographic memory and it is very good with computers. She is a personality that one is discovering across the book.

When Henrik Vanger, who wanted to solve a crime in his family, starts to describe his family’s past the book turns interesting for me. As Salander said: everybody has secrets. It is when Blomkvist starts to decipher new clues of the old mystery and joins efforts with Salander when the book turns intense and addictive, at least for me. Then, all Thursday and Friday after work I could not stop reading until I finish it.

I got the impression that the book pays attention to different details, from the second war, to sado-masoquit mentality, to the psychological damage that children faced when they live in dysfunctional families independently if the family has money or not.

Summarizing, the book starts slow and boring,  but later it triggers a wide set of emotions such as intrigue, suspense, disgust, impotence, sadness, surprise and even some laughs.

First book from the trilogy

Book: Nights of Rain and Stars
Author: Maeve Binchy
Theme: Romance
Thesis: The life of four tourists in a holiday village in Greece

It has been long since I read something no-research related.  Some months ago, I got this book – night of rain and stars – from Eeva, but I didn’t read it. I confess my taste is not into romance books. Additionally, earlier this year I had no time to read. Later I got hypnotized under the Internet spell. But at some point I start to have the feeling I should return to read something interesting. Last week Tuesday, I have the inner need to read a book and I decide to read this one. By Friday I was done with it, the book is good.

The novel is sweet, however it is not cloying. The main idea is that four tourists bond together after an event happens in the village where they were making holidays in Greece. Four stories start to unfold, allowing us also to discover the lives of the protagonists and some village dwellers.  Vonnie, an Irish woman who has lived for 30 years in the town, plays a critical role in the unfolding stories of the four tourists.

The book reflects, in my personal opinion, two real life facts. On one side things happen for a reason. We might be stubborn to do not see them, but sooner or later, we might understand them. On the other side, one has the possibility to reflect upon one’s life experiences and by doing so one gets some wisdom. Tempo in life is just amazing I would say.

Nights of Rain and Stars

The book has a series of categories relevant to understand how the Berliners lived across time, before the war until its end. The categories include food (rationing food, clothing, interaction with other immigrants, discipline, fears, propaganda, weather). For me, it is the first book I read which focus mainly on “ordinary” German citizens, instead of the Nazis or the Jewish.  The information and research done for writing the book is vast and well documented. If one wants to gain more insight of a specific topic is possible to search for it on other sources.

The author helps the reader to understand and to focus on one specific category per chapter – e.g. food – simultaneously one is connected to the wider historical context. The process allows the reader to immerse in the scenes and descriptions of the book, reflect on them, and at the same time one is not lost in them.

I did not want to stop reading the book, I enjoyed it and at the same time was an eye opener. Earlier, I read the amazon’s reviewers and someone mentioned that there were other similar books before this one, so this book was not adding nothing new. Perhaps the comment of the reviewer is true, and it will be interesting to read the other books. However, as someone that picked the book randomly from a bookshelf at the airport, because the title and topic called my attention, I am very pleased that I bought it and I feel I learned from it.